Search here for people, places, libraries and journals involved in the study of Africa.

Event: An eye for the âotherâ 18 May London

Event: An eye for the “other”: Representations of alterity in contemporary postcolonial “texts”, 18 May 2016, London 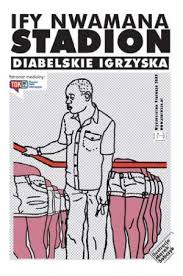 In this post-graduate seminar, organized within the Critical Forum Series of the Centre for Cultural, Literary and Postcolonial Studies and co-hosted by English Studies at SOAS, three PhD students will share their research related to the challenges of transcending normative, hegemonic representations of alterity, the nation-state and identity. The overarching aim of the presented research and the seminar is to critically assess contemporary representations of alterity and the theoretical frameworks that underpin them through a careful analysis of selected postcolonial texts. Poonam Gunaseelan will consider how the narrative of the nation-state in India is entrenched in a rigid heteronormative framework through a study of minor narratives of rape in Vikram Seth’s novel, A Suitable Boy (1994). Katarzyna Kubin will examine how postcolonial theoretical frameworks regarding race relations and national identity might be challenged by reading Ify Nwamana’s novel, The Stadium: A Devil’s Game (pl.: Stadion. Diabelskie Igrzyska) (2009), through the concept of shame. Jaya Madhvani will consider the viability of select theoretical frameworks for terminologically, conceptually and analytically framing ethno-cultural difference with reference to Hanif Kureishi’s novelSomething To Tell You (2008) and Stephen Frears’ filmDirty Pretty Things (2002). The discussion that the seminar hopes to provoke will focus on how both postcolonial theory and postcolonial literary and filmic “texts” can inspire new directions for thinking about such concepts as the nation-state, identity and alterity.

A minor narrative with a major impact: Nationalism, sexual violence, and the search for A Suitable Boy (1993) 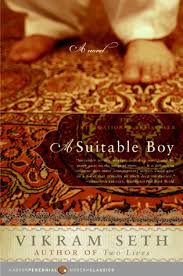 My research has thus far revealed a trend in the representations of rape in Indian English literature; the scene of violation often occurs as a minor narrative (represented in a few sentences), located within a major storyline. My methodology consists of critically analysing these ‘minor’ depictions of rape, and considers how they are used as a literary trope to articulate broader questions of gender, sexuality and nationalism in postcolonial India. In my presentation, I will discuss some of the ideas that will form the basis of one of the chapters in my thesis, which focuses specifically on rape narratives that are intrinsically tied to the concept of heteronormative marriage. Based on critical readings of literary rape in Vikram Seth’s A Suitable Boy (1993), I will use this representation as a lens through which I will interrogate ideas of nationalism, sexuality and heteronormativity. While the depiction of violence is not an example of marital rape, it is informed and driven by the desire to encourage the female character to use her agency in the novel to choose the path of heterosexual marriage that is offered in the text. I will analyse how the rape narrative in this novel is rigidly located in a broader heteronormative story of romance, and suggest that this representation functions as a tool to regulate and control how women negotiate their sexual identities. The presentation will be informed by ideas of nationalism, sexuality and heteronormativity as discussed by postcolonial theorists such as Niral Yuvis Davis, Rajeswari Sunder Rajan and Andrew Parker (et al). I argue that within this novel, the framing and representation of the rape narrative captured through the lens of the romance genre, can be read allegorically as a form of heteronormative nationalism that is inscribed onto the female body through the trope of rape.

I will discuss the viability of various theoretical perspectives for terminologically, conceptually and analytically framing ethno-cultural difference in two of the ‘texts’ I am looking at, Hanif Kureishi’sSomething To Tell You (2008) and Stephen Frears’ Dirty Pretty Things (2002). This represents a significantly condensed version of the theoretical substructure to two of my chapters, which I am currently in the process of drafting. I will look firstly at multiculturalism, both as a ‘lived’ social state of being and as a discursive political project, suggesting the invalidity of applying the theoretical framework of multiculturalism to the case studies used in my research. Secondly, I will turn to cosmopolitanism, tracing a brief history of the discourse, and providing some examples of its more contemporary theoretical ramifications. In the light of some of cosmopolitanism’s critiques, I will subsequently discuss its shortcomings as a theoretical framework for the purposes of my project. I shall look thirdly at the more recent discourses of post-ethnicity and post-raciality, discussing their relevance within the contemporary global context, alongside some of the more progressive aspects of these theoretical standpoints. I shall then discuss some possible critiques of these notions, alongside their impracticability to both the actual and the fictional contexts I am researching. Lastly, I shall turn to the framework of ‘conviviality’, as proposed by Paul Gilroy in After Empire: Melancholia or Convivial Culture? (2004). I shall provide a brief exposition of this perspective, and also look at some of its critiques. In contrasting this latter framework with the discourses of multiculturalism, cosmopolitanism and post-ethnicity/post-raciality, I will subsequently conclude on the viability of ‘conviviality’ as a theoretical framework for my research.

The postcolonial condition and shame: How the literary descriptions of race relations in Ify Nwamana’s story about contemporary Poland reveals a particular postcolonial shame

Ify Nwamana’s book, The Stadium: A Devil’s Game (pl.: Stadion. Diabelskie Igrzyska), is a fictional account of a Nigerian migrant’s life in Poland and, especially, of his experience working in an open-air market that developed on the site of a former sports stadium in Warsaw. Published in Polish translation in 2009 (the English original was never published), the story gives a uniquely raw and uncompromising perspective on the experience of African migrants in Poland. Moreover, in a country that is perceived as demographically homogenous and where the discourse on social diversity has historically focused on religious and ethnic/cultural minorities, the book’s attention to race relations through the eyes of a migrant from a country that was a British colony unconventionally superimposes a race relations and a postcolonial discourse on contemporary Polish society. In my presentation I will address how this controversial view of Poland and Poles provokes questions about the limits and possibilities of postcolonial theory: to what extent does it account for the situation of the characters described in Nwamana’s story? How might the concept of a “postcolonial condition” be appropriate for describing the diverse and unexpected contemporary experiences that are a consequence of the colonial past? My analysis of Nwamana’s book will reference the work of theorists such as Leela Gandhi (Affective Communities), Eve Klosofsky-Sedgwick (Touching Feeling) and Zoë Wicomb (“Shame and Identity”). I posit that reading Nwamana’s story through the concept of shame reveals a postcolonial presence of “race” in Poland. The presentation will be accompanied by a powerpoint presentation, including photos and extracts from Nwamana’s book translated into English.

Please direct questions about this event to Katarzyna Kubin:k_kubin@soas.ac.uk